The first part of the week was pretty quiet. I was writing some very detailed documentation reports. Not super interesting, but necessary.

My friend, Ross Skov was here from Mankato to install some new networking equipment, so Wednesday night we went to Amsterdam to show him the town. Of course that is pretty difficult, but we got a real nice French meal out of it. We wound up drinking coffee at midnight at Rembrandtplein until 2am. We missed the last train out of Amsterdam and had to get a cab to take us home. The picture is of Mark and Ross at Central Station.

Thursday I went down to Eindhoven for meetings on the documents I had written during the week. After the meetings I stayed at DAF and immediately revised the 80 pages of documents. Before I left, I had the approvals I needed to keep working.

Friday night was John Wayne night on TV. I watched "The Shootist" which was an awesome film. No commericals the entire movie. Harry Morgan had an awesome part in this movie, and I always enjoy Col. Potter.

I spent Saturday on the beach at Zandfort. Its probably 2 miles of solid people enjoying a fairly nice beach. Mostly Germans. I used a spf 16 sunblock and I really can't tell that I spent all day in the sun. This is amazing to me, given that I usually turn beat red in the sun, no matter what sunscreen I wear. I walked the whole length of the beach in the water. The sea was refreshingly cool.

At 5:00pm I met 8 of my friends and we walked around the town. Rian's Dutch boyfriend plays in a Brazilian percussion band and they played at a little street festival that went on that night. We took over an outside terrace and had a couple of nice hours of drinks and conversation over dinner. The band was interesting, but the street festival was probably too small for them. It would have been fun to follow them up the streets in a conga line or something.

Later that evening, Mark and his wife Julie drove me back to Amsterdam where we went to the midnight show of "The Mummy". It was an OK action/comedy movie that could have been an awesome horror movie if the actors had played it straight. 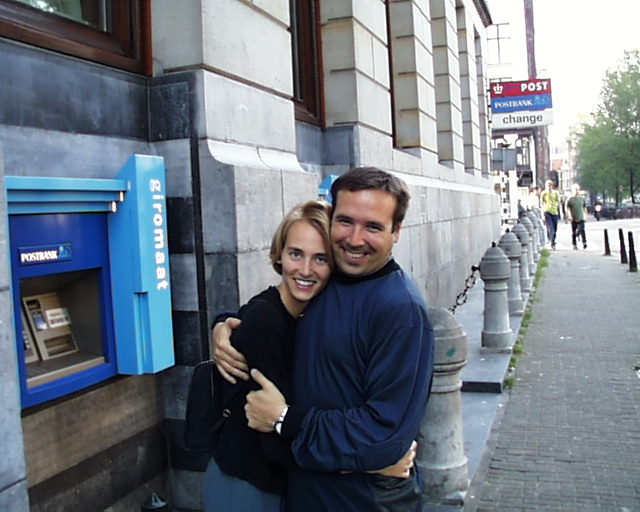 It's Sunday as I type this and I'm dead tired. I slept until noon, but it doesn't seem like enough sleep.